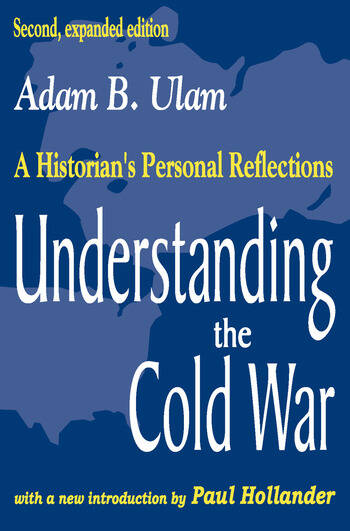 Understanding the Cold War is the story of a man and an epoch. Its telling moves between detailed personal history and an Olympian assessment of the origins, significant events, and outcome of the Cold War. Professor Ulam describes his hometown, family, and early education, as well as his departure, with his brother, for the U.S. just days before the Nazi invasion of Poland would have trapped them. Then follows reminiscences of his college and Harvard years, all rich with anecdote and insight, and his thoughts as an acknowledged expert on Soviet affairs. The volume offers basic antidotes to simplistic explanations. Whether discussing the Kirov assassination or the Moscow Trials of the so-called Trotskyist Bloc, or the nationalist basis of disputes between China and Russia during the Vietnam War period, Ulam avoids the sensational and the speculative in favor of the the empirical and the evidentiary.

The core segments of the work review the Cold War from the belly of the Stalinist and later post-Stalinist communist system. And in a section entitled "The Beginning of the End," Ulam discusses the Gorbachev interregnum and the early years of the transition from communism to democracy. He well appreciates how the ease of the transition does not betoken a simple movement to the democratic camp. In contemplating the changing nature of the new political configuration, one could hardly have a better guide to clarity and authenticity than Adam Ulam.

Reviewing Understanding the Cold War, Stephen Kotkin, director of Princeton's Russian Studies Program, observed "...And whereas some celebrated analysts, such as John Maynard Keynes, had dismissed Marxism as 'illogical and dull,' Ulam highlighted the doctrine's intricacy and comprehensiveness, which, he argued, explained its attraction not just to peasants, but also to intellectuals."