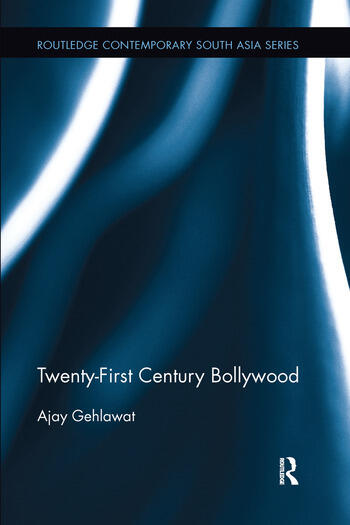 Key changes have emerged in Bollywood in the new millennium. Twenty-First Century Bollywood traces the emerging shifts in both the content and form of Bollywood cinema and examines these new tendencies in relation to the changing dynamics of Indian culture. The book historically situates these emerging trends in relation to previous norms, and develops new, innovative paradigms for conceptualizing Bollywood in the twenty-first century.

The particular shifts in contemporary Bollywood cinema that the book examines include the changing nature of the song and dance sequence, the evolving representations of male and female sexuality, and the increasing presence of whiteness as a dominant trope in Bollywood cinema. It also focuses on the increasing presence of Bollywood in higher education courses in the West, as well as how Bollywood’s growing presence in such academic contexts illuminates the changing ways in which this cinema is consumed by Western audiences.

Shifting the focus back on the cinematic elements of contemporary films themselves, the book analyses Bollywood films by considering the film dynamics on their own terms, and related to their narrative and aesthetic usage, rather than through an analysis of large-scale industrial practices. It will be of interest to students and scholars of South Asian Studies, Film Studies, and Cultural Studies.

Introduction: Bollywood in the Age of Digital Reproduction 1. Disassembling Bollywood: Coming to Terms with a Moniker and a Style 2. Reconstructing Femininity: From the Vamp to Bollywood's New Woman 3. The Gori in the Story: The Shifting Dynamics of Whiteness in Bollywood 4. Smooth as Silk: Metrosexual Masculinity in Contemporary Bollywood 5. Bollywood 101: Teaching Hindi Cinema in the West Conclusion, or Where Did my Bollywood Go? Bibliography Filmography Index

"Twenty-First Century Bollywood provide[s] nuanced, well-organized, and abundantly detailed analyses of the intricate past and present of the historically important and wonderfully compelling world of Hindi cinema, and [is a] welcome addition to the body of scholarly literature on the subject. [This work] can be most effectively utilized in undergraduate and graduate university courses on Bollywood film and digital media, Indian cinema, and South Asian culture or area studies. The final, brief two chapters of the book are obligatory reading for anyone presently teaching a Bollywood cinema or, more generally, an Indian film course, or employing Bollywood films in other classes, particularly if at universities in the United States or Europe."

"This interesting and original study of Bollywood cinema offers the reader a sense of where Hindi films might be headed in the 21st century, as audiences, technologies and societies become more hybrid and more interactive. With a keen eye for the special history and distinctive markers of this genre of films -such as the role of song and dance as fundamental diegetic elements, Gehlawat highlights issues of race, class and gender in a rich analysis of the global life of a major national film industry. It will be of interest to students of cinema, of India and of cultural globalization."

"Ajay Gehlawat, along with others like Tejaswini Ganti and Aswin Punathabekar, is one of the more important voices among a new generation of academics of Indian origin in the United States, devoting their attention to the cultural artefact with the greatest attraction for undergraduate and graduate students, which is Bollywood."