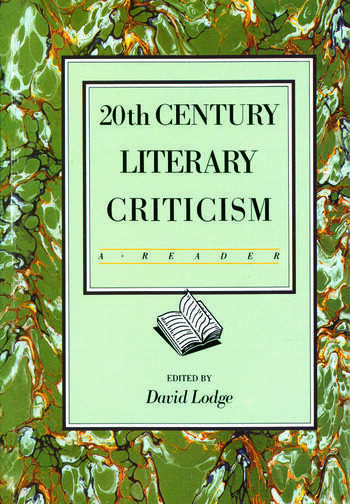 Twentieth Century Literary Criticism is a major anthology of key representative works by fifty leading modern literary critics writing before the structuralist revolution. It is a companion volume to Modern Criticism and Theory (Longman 1988), also edited by David Lodge, which anthologises contemporary criticism as it has developed through structuralism and post-structuralist theory. Together these volumes provide the most comprehensive survey available of traditional and radical literary theory in action.

The critics collected together in this volume have been drawn from England, America and Europe, and each essay has been prefaced by an editor's introduction which suggests the historical and methodological significance of the piece and gives bibliographical and biographical information.

is an English author and literary critic, previously Professor of English Literature at the University of Birmingham until 1987.