Travel, Communication and Geography in Late Antiquity
Sacred and Profane 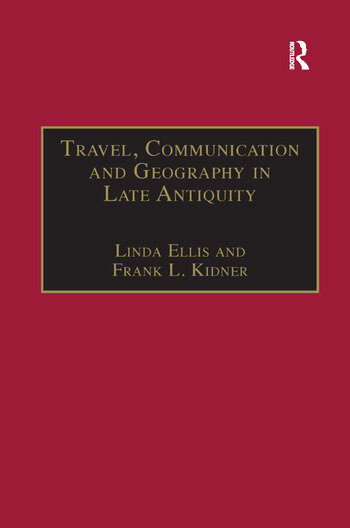 Travel, Communication and Geography in Late Antiquity: Sacred and Profane

Travel, Communication and Geography in Late Antiquity brings together a set of papers that consider anew issues of travel, communication and landscape in Late Antiquity. This period witnessed an increase in long-distance travel and the construction of large new inter-provincial communications networks. The Christian Church's expansion is but one example of both phenomena. The contributions here present readers with new research on the explosion in travel and large-scale communication, and the effect on this of different geographical possibilities and limitations. The papers deal with a variety of travel experiences (religious pilgrimages; travel for work and educational purposes; journeys of the soul) and writings about travel; they look at various kinds of communication (ecclesiastical communication; communication for commerce; and the communication of religious identity); and they examine both physical and psychological aspects of geography, travel and communication.

Linda Ellis is Professor and Director of the Museum Studies Program, and Frank L. Kidner is Professor in the Department of History, San Francisco State University, USA.

'The papers in this volume offer insight into their varied social, political, and religious topics in Late Antiquity. They also, however, present valuable conceptual models, derived from the authors' close analysis of specific sources rather than from pre-existing theoretical models, of the interaction of elements of ancient societies. These models are potentially transferable to discussions of other periods of history; they offer informative and stimulating ways of approaching our sources.' Ancient History