The State in Relation to Labour 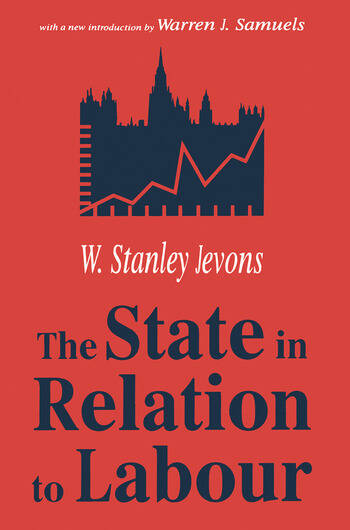 The State in Relation to Labour

W. Stanley Jevons was a central figure linking political economy with social policy, and The State in Relation to Labour is the quintessential product of that fusion. Jevons reviews how legislation enacted for the protection of labor re-established the social contract on a new industrial footing. The concept of industrial partnership insured that the state continued to hold a monopoly of power while taking account of rising labor agitation. Jevons' scholarly brilliance is evident in this pathbreaking work on economics and policy construction.

The State in Relation to Labour deals with the economic role of government in resolving conflicts between different groups of English citizens. The issue of class is central to the topic and two further points are implicit. The first is the market economy as a product of the institutions which form and operate through it. Jevons argues that markets can be and indeed have been formed to favor one class interest or another. Second, he asserts that conventional arguments favor the class interests they serve, whether or not they are recognized to doing so.

Jevons neither shrinks from candid analysis of English social, political and economic history and institutions nor espouses an openly pragmatic approach to the economic role of government. He eschews the erection of class or other ideological sentiment into principles of policy. Implicit in his analysis is an understanding that some law, some set of legal rights and limitations, is necessary. The issue is not whether government will establish relative rights and responsibilities but what they will be and, further, when they will be changed.

Among the topics discussed are principles of industrial legislation, direct interference of the state with labor, the Factory Acts, and similar legislation directly affecting laborers, trade union legislation, the law of industrial conspiracy, cooperation and industrial partnership, and arbitration and conciliation. In a new introduction, Warren J. Samuels examines the life and works of William Stanley Jevons. He discusses the various arguments put forth in The State in Relation to Labour, and the consequences of Jevons' approach.