The One Mind: C.G. Jung and the Future of Literary Criticism 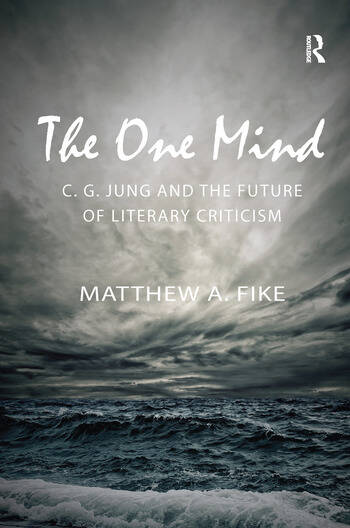 The One Mind: C.G. Jung and the Future of Literary Criticism

The One Mind: C. G. Jung and the Future of Literary Criticism explores the implications of C. G. Jung's unus mundus by applying his writings on the metaphysical, the paranormal, and the quantum to literature. As Jung knew, everything is connected because of its participation in universal consciousness, which encompasses all that is, including the collective unconscious. Matthew A. Fike argues that this principle of unity enables an approach in which psychic functioning is both a subject and a means of discovery—psi phenomena evoke the connections among the physical world, the psyche, and the spiritual realm.

Applying the tools of Jungian literary criticism in new ways by expanding their scope and methodology, Fike discusses the works of Hawthorne, Milton, Shakespeare, Wordsworth, and lesser-known writers in terms of issues from psychology, parapsychology, and physics. Topics include the case for monism over materialism, altered states of consciousness, types of psychic functioning, UFOs, synchronicity, and space-time relativity. The One Mind examines Goodman Brown's dream, Adam's vision in Paradise Lost, the dream sequence in "The Wanderer," the role of metaphor in Robert A. Monroe's metaphysical trilogy, Orfeo Angelucci's work on UFOs, and the stolen boat episode in Wordsworth's The Prelude. The book concludes with case studies on Robert Jordan and William Blake. Considered together, these readings bring us a significant step closer to a unity of psychology, science, and spirituality.

illustrates how Jung's writings contain the seeds of the future of literary criticism. Reaching beyond archetypal criticism and postmodern theoretical approaches to Jung, Fike proposes a new school of Jungian literary criticism based on the unitary world that underpins the collective unconscious. This book will appeal to scholars of C. G. Jung as well as students and readers with an interest in psychoanalysis, literature, literary theory, and the history of ideas.

Introduction. A Traditional Approach to Hawthorne and the Problem of Materialism in Eiseley. Primordial Consciousness: Transcendental Monism in Milton’s Paradise Lost.Altered States: "The Wanderer" and the Psychology of Sailing. Out-of-Body Experience: Metaphor in Monroe’s Metaphysical Trilogy. UFOs: Dr. Jung versus Dr. Greer and the Case of Orfeo M. Angelucci.Synchronicity: Wordsworth’s Stolen Boat Episode in The Prelude. Remote Viewing and Channeling: The Sonnets of Shakespeare and "Shakespeare". Amplification and Quaternity in Robert Jordan’s The Wheel of Time Series."Sublime Allegory": Ways of Seeing in Blake’s Milton.Conclusion.

Matthew A. Fike is a Professor of English at Winthrop University in Rock Hill, South Carolina, where he teaches courses in the human experience, critical thinking, Shakespeare, and Renaissance literature.