The Naked And The Undead
Evil And The Appeal Of Horror 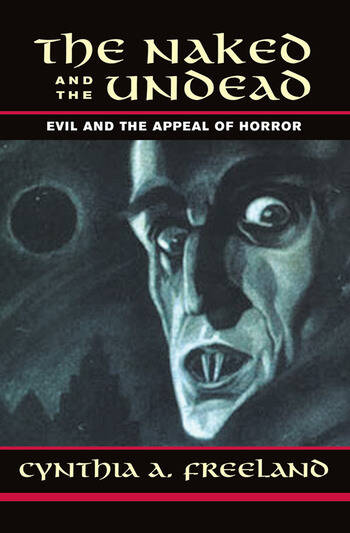 The Naked And The Undead: Evil And The Appeal Of Horror

Horror is often dismissed as mass art of lowbrow entertainment that produced only shirt-term thrills. Horror films can be bloody, gory and disturbing, so some people argue that they have bad moral effects, inciting viewers to imitate cinematic violence or desensitizing them to atrocities. In The Naked and the Undead: Evil and the Appeal of Horror, Cynthia A. Freeland seeks to counter both aesthetic distain and moral condemnation by focusing on a select body of important and revealing films, demonstrating how the genre is capable of deep philosophical reflection about the existence and nature of evil – both human and cosmic. In exploring these films, the author argues against a purely psychoanalytic approach and opts for both feminist and philosophical understandings. She looks at what is in these movies that serves to elicit specific reactions in viewers and why such responses as fear and disgust are ultimately pleasurable. The author is particularly interested in showing how gender figures into screen presentations of evil.

The book is divided into three sections: Mad Scientists and Monstrous Mothers, which looks into the implications of male, rationalistic, scientific technology gone awry; The Vampire’s Seduction, which explores the attraction of evil and the human ability (or inability) to distinguish active from passive, subject from object and virtue from vice; and Sublime Spectacles of Disaster, which examines the human fascination with horror spectacle. This section concludes with a chapter on graphic horror films like The Texas Chainsaw Massacre. Written for both students and film enthusiasts, the book examines a wide array of films including: The Silence of the Lambs, Repulsion, Frankenstein, The Fly, Dead Ringers, Alien, Bram Stoker’s Dracula, Interview with the Vampire, Frenzy, The Shining, Eraserhead, Hellraiser, and many others.