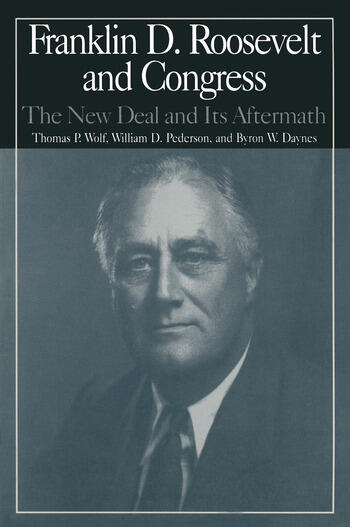 This book assesses contrasting interpretations of President Roosevelt's relations with the Nye Committee. It explores the complexity confronting Rayburn in weighing the factors that influenced his actions during the New Deal portion of his near half century in Congress.

Nancy Beck Young, Ph.D., University of Texas at Austin, is Associate Professor of History at McKendree College. Her primary research interest is twentieth century politics and women. She is the coauthor of Texas, Her Texas: The Life and limes of Frances Goff, and is completing a book on Wright Patman, about whom she has published several articles. William D. Pederson, Ph.D. University of Oregon, is Professor of Political Science and Director, American Studies Program, at Louisiana State University in Shreveport. His publications are principally about the American presidency. He has organized conferences at LSU in Shreveport on specific presidents. Byron W. Daynes Ph.D., University of Chicago, is Professor of Political Science at Brigham Young University. He has written extensively on the American presidency. Thomas P. Wolf, Ph.D., Stanford University, is Professor Emeritus of Political Science and former Dean of Social Sciences at Indiana University Southeast. He serves as newsletter editor of the British Politics Group. His scholarly research has focused on the American presidency, American and British political parties, and political leadership.

"This fine collection of essays demonstrates the tremendous impact of FDR on the modern presidency, especially in the arena of inter-branch relations. The chapters are uniformly of high scholarly quality and well written." - Mark Rozell, The Catholic University of America