The Idea of Music in Victorian Fiction 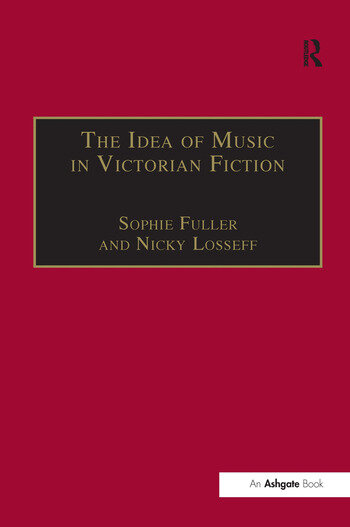 The Idea of Music in Victorian Fiction

The Idea of Music in Victorian Fiction seeks to address fundamental questions about the function, meaning and understanding of music in nineteenth-century culture and society, as mediated through works of fiction. The eleven essays here, written by musicologists and literary scholars, range over a wide selection of works by both canonical writers such as Austen, Benson, Carlyle, Collins, Gaskell, Gissing, Eliot, Hardy, du Maurier and Wilde, and less-well-known figures such as Gertrude Hudson and Elizabeth Sara Sheppard. Each essay explores different strategies for interpreting the idea of music in the Victorian novel. Some focus on the degree to which scenes involving music illuminate what music meant to the writer and contemporary performers and listeners, and signify musical tastes of the time and the reception of particular composers. Other essays in the volume examine aspects of gender, race, sexuality and class that are illuminated by the deployment of music by the novelist. Together with its companion volume, The Figure of Music in Nineteenth-Century British Poetry edited by Phyllis Weliver (Ashgate, 2005), this collection suggests a new network of methodologies for the continuing cultural and social investigation of nineteenth-century music as reflected in that period's literary output.

Contents: Preface; Introduction, Sophie Fuller and Nicky Losseff. Musical Identities: The voice, the breath and the soul: song and poverty in Thyrza, Mary Barton, Alton Locke and A Child of the Jago, Nicky Losseff; 'Cribbed, cabin'd, and confined': female musical creativity in Victorian fiction, Sophie Fuller; Music, crowd control and the female performer in Trilby, Phyllis Weliver. Genre And Musicalities: The piano's progress: the piano in play in the Victorian novel, Jodi Lustig; Female performances: melodramatic music conventions and The Woman in White, Laura Vorachek; Indecent musical displays: feminizing the pastoral in Eliot's The Mill on the Floss, Alisa Clapp-Itnyre; 'Singing like a musical box': musical detection and novelistic tradition, Irene Morra. Construction Of Musical Meaning: The 'perniciously homosexual art': music and homoerotic desire in The Picture of Dorian Gray and other fin-de-siècle fiction, Joe Law; 'You might have called it beauty or poetry or passion just as well as music': Gertrude Hudson's fictional fantasias, Charlotte Purkis; The music master and 'the Jew' in Victorian writing: Thomas Carlyle, Richard Wagner, George Eliot and George Du Maurier, Jonathan Taylor; Thomas Carlyle and the grain of the voice, Karen Tongson. Bibliography; Index.

Sophie Fuller is the author of The Pandora Guide to Women Composers (Pandora, 1994) and co-editor (with Lloyd Whitesell) of Queer Episodes in Music and Modern Identity (University of Illinois Press, 2002). Nicky Losseff is the author of The Best Concords: Polyphonic Music in Thirteenth-Century Britain (Garland, 1994) and articles on subjects ranging from Kate Bush to BartÃ³k. She is a Lecturer in Music at the University of York, UK.

'... essential reading for anyone whose work touches on Victorian musical culture.' North American British Music Studies Association 'Drawing upon masterpieces as well as novels that orbit the margins of the Victorian canon, contributors offer unique insights into literature as well as Victorian life and culture.' Victorian Studies