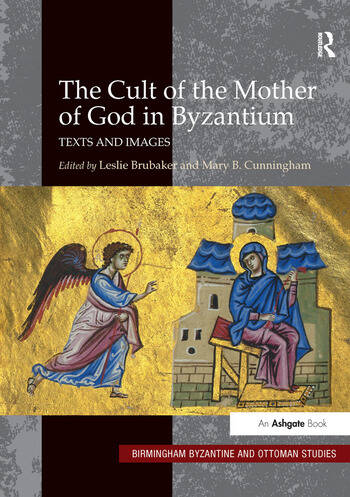 The Cult of the Mother of God in Byzantium: Texts and Images

This volume, on the cult of the Theotokos (Virgin Mary) in Byzantium, focuses on textual and historical aspects of the subject, thus complementing previous work which has centred more on the cult of images of the Mother of God. The papers presented here, by an international team of scholars, consider the development and transformation of the cult from approximately the fourth through the twelfth centuries. The volume opens with discussion of the origins of the cult, and its Near Eastern manifestations, including the archaeological site of the Kathisma church in Palestine, which represents the earliest Marian shrine in the Holy Land, and Syriac poetic treatment of the Virgin. The principal focus, however, is on the 8th and 9th centuries in Byzantium, as a critical period when Christian attitudes toward the Virgin and her veneration were transformed. The book re-examines the relationship between icons, relics and the Virgin, asking whether increasing devotion to these holy objects or figures was related in any way. Some contributions consider the location of relics and later, icons, in Constantinople and other centres of Marian devotion; others explore gender issues, such as the significance of the Virgin's feminine qualities, and whether women and men identified with her equally as a holy figure. The aim of this volume is to build on recent work on the cult of the Virgin Mary in Byzantium and to explore areas that have not yet been studied. The rationale is critical and historical, using literary, artistic, and archaeological sources to evaluate her role in the development of the Byzantine understanding of the ways in which God interacts with creation by means of icons, relics, and the Theotokos.

Contents: Preface; Introduction - the Mother of God in Byzantium: relics, icons, texts, Averil Cameron; Section I The Early Cult of the Virgin Mary : Pilgrimage, Miracles, Art and Texts: The initial tradition of the Theotokos at the site of the Kathisma: earliest celebrations and the calendar, Rina Avner; Mary at the threshold: the Mother of God as guardian in 7th-century Palestinian miracle accounts, Derek Krueger; Body, clothing and metaphor: the Virgin in early Byzantine art, Henry Maguire; A mother's passion: Mary at the Crucifixion and Resurrection in the earliest Life of the Virgin and its influence on George of Nikomedeia's passion homilies, Stephen J. Shoemaker; Portrayals of Mary in Greek homiletic literature (6th-7th centuries), Pauline Allen. Section II Epithets and Typology for Mary, the Theotokos: Wisdom imagery and the Mother of God, Margaret Barker; Epithets of the Theotokos in the Akathistos hymn, Leena Mari Peltomaa; Melkite Syriac hymns to the Mother of God (9th-11th centuries): manuscripts, language and imagery, Natalia Smelova; Depicting the salvation: typological images of Mary in the Kokkinobaphos manuscripts, Kallirroe Linardou. Section III The Mother of God in the Middle Byzantine Homiletic Tradition: John of Damascus on the Mother of God as a link between humanity and God, Andrew Louth; The use of the Protevangelion of James in 8th-century homilies on the Mother of God, Mary B. Cunningham; Emotion and the senses in Marian homilies of the Middle Byzantine period, Niki Tsironis. Section IV Later Developments in the Marian Cult: Popular Devotion, Liturgy and Artistic Expression: Apocalytic Panagia: some byways of Marian devotion, Jane Baun; Making the most of Mary; the cult of the Virgin in the Chalkoprateia from late antiquity to the 10th century, Dirk KrausmÃ¼ller; The service of the Virgin's Lament revisited, Nancy P. Å evcenko; Miraculous icons: medium, imagination and presence, Bissera V. Pentcheva; Conclusion - not the Theotokos

Leslie Brubaker is Professor of Byzantine Art, Director of the Centre for Byzantine, Ottoman and Modern Greek Studies, Institute of Archaeology and Antiquity, and Director of the Graduate School, College of Arts and Law, University of Birmingham, UK. Dr Mary B. Cunningham is Lecturer in Historical Theology and Orthodox Christian Studies, Department of Theology and Religious Studies, The University of Nottingham, UK.

'... this volume is so well organized, so cohesive, and so comprehensive that it is certain to be the defining introductory book for Marian devotion in Byzantium for the next generation. As such, it should be required reading for any course on Byzantine Christianity or Marian devotion more broadly conceived.' Speculum ’This is a rich collection with a multiplicity of approaches...’ Elizabeth Jeffreys, Anglo-Hellenic Review 'We can say with certainty that all these papers shed new light on the Marian cult in the Byzantine empire, especially from the sixth century onward, focusing on the social and anthropological interactions of this cult and devotion. The contributors use both textual and archaeological evidence in order to explore thematic areas never explored before... This book is an amazing study and every scholarly library should have a copy.' Journal of Theological Studies 'This volume shows how good a volume of conference papers can be: studies produced by a diverse selection of scholars, each expert in their own particular area, have been juxtaposed to form a coherent and compelling picture. It would be nigh-impossible for a single author to produce such a multi-faceted and absorbing volume.' Journal of Ecclesiastical History '... this new collection of essays on the Mother of God succeeds in achieving its goal admirably. It has indeed expanded our understanding of Marian cult in Byzantium and has pointed towards new and exciting directions for future research.' Bryn Mawr Classical Review