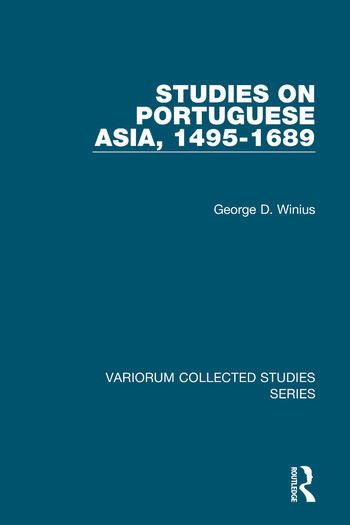 Portuguese Asia, otherwise known as the Estado da Ãndia Oriental, has been far less studied than the Spanish empire in America, its counterpart in the Western hemisphere. It differed from that vast entity in that it was essentially a maritime trading operation held together by strategic territories, such as Goa, Ceylon, or Macau. For more than a century these afforded it control of much of the Indian Ocean. As Professor Winius shows, it was certainly the most peculiar and colourful operation that existed in the history of European expansion, even giving rise to a second, 'shadow' empire created by escapees and renegades from its royal administration. Some of these essays reflect on Portuguese involvement in other areas, notably the Atlantic, and the impact this had in the East, but their focus is on the Portuguese in South and Southeast Asia. They describe its nature and its rise and fall, from the first voyage of Vasco da Gama to its dismemberment by the Dutch in the mid-seventeenth century, and include studies on the jewel trade and on the Renaissance in Goa.

Contents: Introduction; India or Brazil? Priority for imperial survival during the wars of the RestauraÃ§Ã£o; Two Lusitanian variations on a Dutch theme: Portuguese companies in times of crisis, 1628-1662; Francisco Rodrigues de Silveira, the forgotten soldado prÃ¡tico; The origin and rhythm of Dutch aggression against the Estado da India, 1601-1661; Millenarianism and empire: Portuguese Asian decline and the 'crise de conscience' of the missionaries; Jewel trading in Portuguese India in the 16th and 17th centuries; Portugal, Venice, Genoa and the traffic in precious stones at the beginning of the modern age; A legend in black and white: the American Indian as propaganda in the Eighty Years War (in collaboration with Michiel Hoogeveen); Portugal’s ’shadow empire’ in the Bay of Bengal; South India and the China Seas: how the V.O.C. shifted its weight from China and Japan to India around A.D. 1636 (in collaboration with Mark Vink); A tale of two Coromandel towns: Madraspatam (Fort St George) and SÃ£o Thomé de Meliapur; The Estado da Ãndia on the subcontinent: Portuguese as players on a South Asian stage; Early Portuguese travel and influence at the corner of Asia; In northern mists: Portuguese voyages to the boreal Atlantic; Bibliographical essay: a treasury of printed source materials pertaining to the 15th and 16th centuries; Embassies from Malacca and the ’shadow empire’; Vasco da Gama: a speculative reconstruction of a voyage and its antecedents; The Renaissance as reflected in Goa; Private trading in Portuguese Asia: a substantial will o'the wisp; Few thanks to the king: the building of Portuguese India; Index.

'Winius' latest Studies on Portuguese Asia, 1495-1689 is sure to be very well received in scholarly circles and will truly be an inspiration to other researchers of Indo-Portuguese History.' INDICA, vol. 40, 2, sept. 2003 'The book represents an important contribution to studies about Portuguese expansion in the sixteenth and seventeenth centuries.' Sixteenth Century Journal