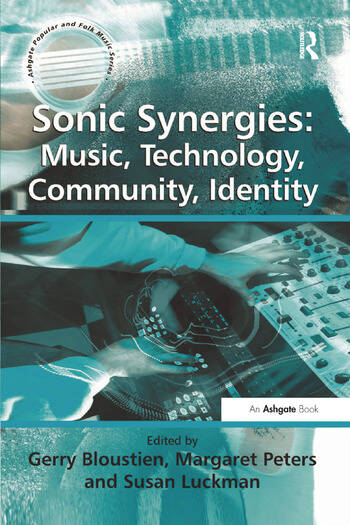 Sonic Synergies: Music, Technology, Community, Identity focuses on the new and emerging synergies of music and digital technology within the new knowledge economies. Eighteen scholars representing six international perspectives explore the global and local ramifications of rapidly changing new technologies on creative industries, local communities, music practitioners and consumers. Diverse areas are considered, such as production, consumption, historical and cultural context, legislation, globalization and the impact upon the individual. Drawing on a range of musical genres from jazz, heavy metal, hip-hop and trance, and through several detailed case studies reflecting on the work of professional and local amateur artists, this book offers an important discussion of the ways in which the face of music is changing. Approaching these areas from a cultural studies perspective, this text will be a valuable tool for anyone engaged in the study of popular culture, music or digital technologies.

’Sonic Synergies is an intriguing, worthwhile and rewarding compilation of essays examining the cultural, political and social resonances of popular music’s recent ’synergies’ with technology in the context of the new Creative Knowledge Economy ... the collection achieves a high level of quality in all of its contributions ... Sonic Synergies is a strong and essential collection, one which will interest any scholar who is concerned with the intersection or indeed synergies between popular music and new media.’ Media International Australia