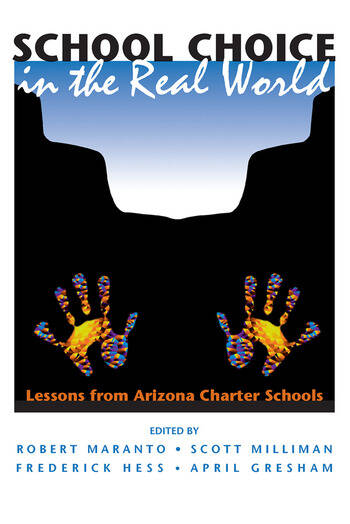 School choice is the most talked about reform of American public education, yet writings about choice remain highly speculative because no state has adopted a free market approach to education--until now. The charter school is fast becoming one of the most significant attempts at public education reform in this country. Over 1100 charter schools operate in twenty-seven states, with several hundred more to be added in the next two years. School Choice in the Real World looks at the charter school movement through a highly focused lens: it examines charter schools in Arizona, which currently account for nearly one-quarter of all charter schools.Since 1994, Arizona has implemented a charter school law with the lowest barriers to entry in the nation. As a result, Arizona has more than 200 charter school campuses. Some districts have even lost more than 10% of their students to charter schools. Using the state of Arizona as a case study, the editors examine the experiences of actual charter school operators, social scientific analysis, policy discussions, and criticism and forecasting for the future. The editors bring together academics, policy-makers, and practicioners, and they explain and evaluate how school choice works in the real world.