Rebuilding the Financial System in Central and Eastern Europe, 1918–1994 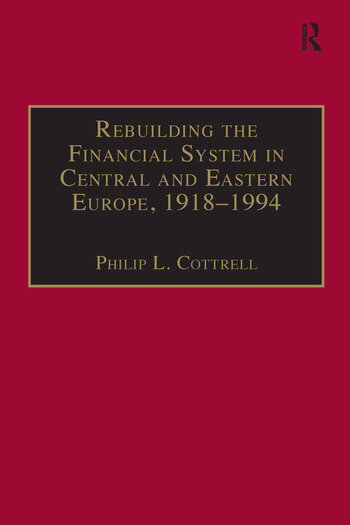 Rebuilding the Financial System in Central and Eastern Europe, 1918–1994

This collection of essays, written by former bankers, practising central bankers, government advisers and historians, celebrates the seventieth anniversary of the National Bank of Hungary. From a range of view points, the contributions consider the monetary and financial history of the past century and, in particular, explore possible parallelisms between experiences of the collapse of the Habsburg Monarchy in 1918 and of contemporary changes since 1989. The first part, comprising four essays, concentrates upon central banking, especially the development of the National Bank of Hungary since 1878 and the establishment of the Bank of Poland. Commercial banking is the theme of Part II, where continuities and discontinuities are considered with respect to Austria, Czechoslovakia, Romania, Slovenia and Yugoslavia.

Contents: Editor’s preface; Introduction; Rebuilding the financial system in central and eastern Europe, Péter A Bod; Currency reform and the establishment of the National Bank of Hungary, TamÃ¡s BÃ¡cskai; The National Bank of Hungary: from cradle to adulthood whilst striving for independence, GyÃ¶rgy SzapÃ¡ry; Norman, Strakosch and the development of central banking: from conception to practice, 1919-1924, P L Cottrell; The relationship between the Bank of Poland and the Government during the interwar period, Z. Landau; Bank-industry networks: the Austrian experience, 1895-1940, Peter Eigner; The Financial System following the establishment of Czechoslovakia, 1918-1929, Vlastislav Lacina; The Financial Sector in Yugoslavia and Slovenia during the interwar period, Franjo Stiblar; The role of finance in Romania’s Quest for Modernization: insights from the interwar period, Daniel Daianu; Bibliography; Index.