Public Law and Politics
The Scope and Limits of Constitutionalism 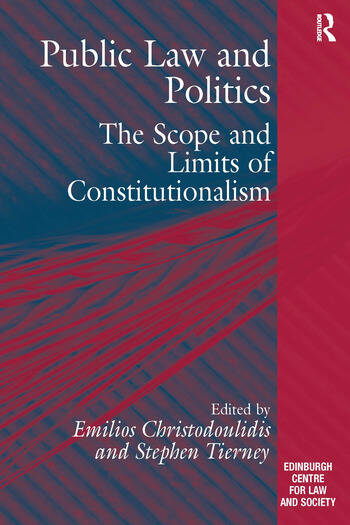 Public Law and Politics: The Scope and Limits of Constitutionalism

In a critical engagement with the function of public law and with constitutionalism in its political dimensions, this volume brings together the reflections of three leading constitutionalists: Martin Loughlin, James Tully and Frank Michelman. Comprising three critical commentaries on each, it addresses the multiple ways in which public law is implicated in the logic of rule. This operates on the one hand in maintaining and underwriting relative patterns of power and weakness through political structures and processes. On the other hand, public law is considered to contain the potential to redress these patterns through the use of constitutional authority, social and economic as well as civil and political rights, redistribution of political power, the expansion of territorial governance, and moves to supra-state levels of authority. The book reproduces, in a succinct and organized way, the insights into both the limitations and the potentialities of public law within its political setting.

Emilios Christodoulidis is Professor of Legal Theory at the Law School, University of Glasgow. Stephen Tierney is a Reader in Law, and Associate Dean, College of Humanities and Social Science, University of Edinburgh.