Pirates and Mutineers of the Nineteenth Century
Swashbucklers and Swindlers 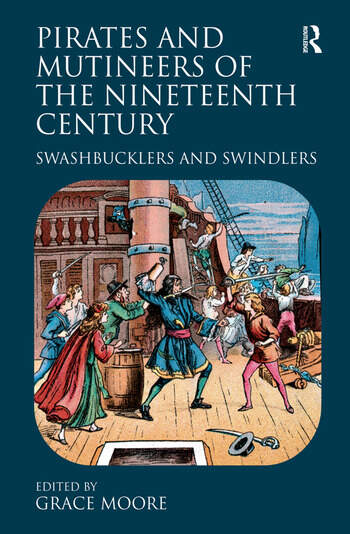 Pirates and Mutineers of the Nineteenth Century: Swashbucklers and Swindlers

The first volume devoted to literary pirates in the nineteenth century, this collection examines changes in the representation of the pirate from the beginning of the nineteenth century through the late Victorian period. Gone were the dangerous ruffians of the eighteenth-century novel and in their place emerged a set of brooding and lovable rogues, as exemplified by Byron's Corsair. As the contributors engage with acts of piracy by men and women in the literary marketplace as well as on the high seas, they show that both forms were foundational in the promotion and execution of Britain's imperial ambitions. Linking the pirate's development as a literary figure with the history of piracy and the making of the modern state tells us much about race, class, and evolving gender relationships. While individual chapters examine key texts like Treasure Island, Dickens's 1857 'mutiny' story in Household Words, and Peter Pan, the collection as a whole interrogates the growth of pirate myths and folklore throughout the nineteenth century and the depiction of their nautical heirs in contemporary literature and culture.

Grace Moore teaches at the University of Melbourne, Australia. She has published widely on Victorian literature and culture and is the author of Dickens and Empire (Ashgate, 2004)

"Teeming with fresh perspectives and original insights, this is a treasure chest of essays on literature’s pirates’. John Peck, author of Maritime Fiction: Sailors and the Sea in British and American Novels, 1719-1917 '... this is a rewarding volume of essays on subjects both remote and familiar. Piracy is the common thread, but the prominence of themes of imperialism, copyright and print history, spectacle and popular culture, and gender and sexuality, make of the book a veritable treasure trove for the reader interested in a broad canvas of (mostly transatlantic) nineteenth-century cultural history."

"The sophistication of Thompson’s analysis does justice to a writer whose ’individualism has proven hard for recent critics to stomach’ (215), and exemplifies the capacity of meticulous close reading to breathe new critical life into the nineteenth century’s not-so-childish-after-all pirates."

"... fills a major gap in the scholarly literature on piracy and offers an admirable complement to, inter alia, Claire Jowitt’s The Culture of Piracy..."

"Reminding us of the indebtedness of our conceptions of the pirate to the likes of Byron and Stevenson, this collection will no doubt have something to offer anyone interested in nineteenth-century renderings of the pirate, his villainy, and, perhaps especially, his subversive heroism."