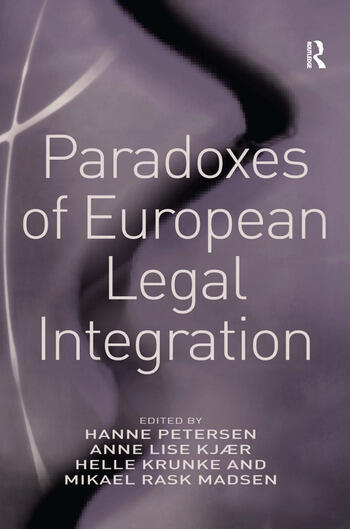 Focusing on paradoxes and tensions of European legal integration, this book investigates four complex and inherently contradictory processes - constitutionalization and democratization, institution-building and market-making, cross-cultural communication and European discourse, and cultural exceptionalism and normalization - to offer a new framework for understanding contemporary European integration. The volume features contributions from some of the biggest names in European legal philosophy, to include Neil MacCormick, Yves Dezalay and Bryant Garth, Pierre Legrand, Heikki Mattila and David Nelken. It presents a timely, interdisciplinary approach to an important and topical area and will be of interest to those concerned with the place of socio-legal processes, language and culture in the continuous advancement of the EU project.

'This volume investigates, from an interdisciplinary perspective, the linguistic, epistemological and methodological obstacles with respect to legal integration. The volume contains essays by some of Europe's leading comparatists which makes it indispensable.' Geoffrey Samuel, University of Kent, UK