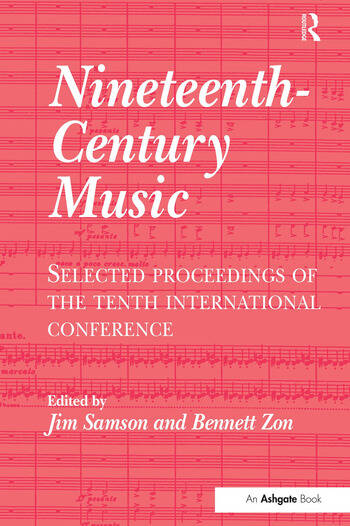 This selection of essays represents a wide cross-section of the papers given at the Tenth International Conference on Nineteenth-Century Music held at the University of Bristol in 1998. Sections include thematic groupings of work on musical meaning, Wagner, Liszt, musical culture in France, music and nation, and women and music.