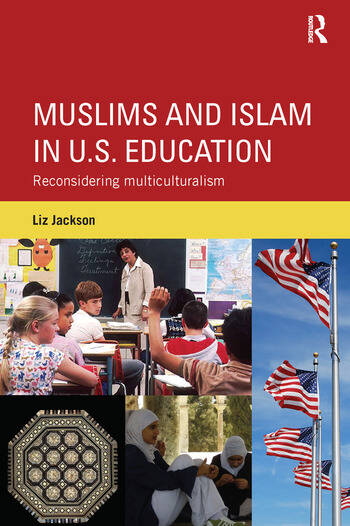 Winner of Philosophy of Education Society of Australasia (PESA)'s inaugural PESA Book Awards in 2015, and The University of Hong Kong Research Output Prize for Education 2014-15.

Muslims and Islam in U.S. Education explores the complex interface that exists between U.S. school curriculum, teaching practice about religion in public schools, societal and teacher attitudes toward Islam and Muslims, and multiculturalism as a framework for meeting the needs of minority group students. It presents multiculturalism as a concept that needs to be rethought and reformulated in the interest of creating a more democratic, inclusive, and informed society.

Islam is an under-considered religion in American education, due in part to the fact that Muslims represent a very small minority of the population today (less than 1%). However, this group faces a crucial challenge of representation in United States society as a whole, as well as in its schools. Muslims in the United States are impacted by ignorance that news and opinion polls have demonstrated is widespread among the public in the last few decades. U.S. citizens who do not have a balanced, fair and accurate view of Islam can make a variety of decisions in the voting booth, in job hiring, and within their small-scale but important personal networks and spheres of influence, that make a very negative impact on Muslims in the United States.

This book presents new information that has implications for curricula, religious education, and multicultural education today, examining the unique case of Islam in U.S. education over the last 20 years. Chapters include:

This book is an essential resource for professors, researchers, and teachers of social studies, particularly those involved with multicultural issues, critical and sociocultural analysis of education and schools; as well as interdisciplinary scholars and students in anthropology and education.

4 Islam and Muslims in Public Schools

6. Blazing a Path for Intercultural Education

Liz Jackson is Assistant Professor of Curriculum and Policy Studies at the University of Hong Kong Faculty of Education.

"Liz Jackson provides two invaluable services in this book. The first is to identify, and begin to correct, the distorted and incomplete ways in which Muslims are represented in American popular culture and in American school materials (textbooks, state standards, and curricula). Her account is richly informative and provides a framework for rereading those materials through a more critical lens. Second, she discusses the importance of these problems in the context of a wider understanding of multicultural education, and in this context her argument frames a broader set of questions about the purposes and methods of education in a democratic society. Her analysis is critical, challenging, but also constructive in providing a more productive way forward in dealing with Islam – as well as other "controversial" cultural subjects – in schools." - Nicholas C. Burbules, University of Illinois, Urbana-Champaign

"Since the tragic events of September 11, public education has once again become a major site of debates about whether public schools in the United States should privilege Christian traditions or promote a robust secularism. American Muslim communities have found themselves at the pointy end of these debates, subjected to some very uncomfortable questions about their right to belong. At the same time, serious questions have arisen about the responsibility of public schools to the principles of diversity and social inclusion. This book unhesitatingly accepts the challenge of tackling these questions, and presents a philosophical analysis that is as perceptive as it is accessible." - Fazal Rizvi, Professor in Global Studies of Education, University of Melbourne Australia

"This book deals with a real problem [...] it provides detailed analyses of the ways in which Islam and Muslims are represented in the U.S. school curriculum and mass media in the U.S. [...] In more detail, the book is a seven-chapter argument in favor of interculturalism over assimilationism, pluralism, or critical multiculturalism, illustrated using the case of Islam and Muslims in U.S. education. - Abdullah Almutairi, Philosophy of Education Society of Great Britain