Music as Medicine
The History of Music Therapy Since Antiquity 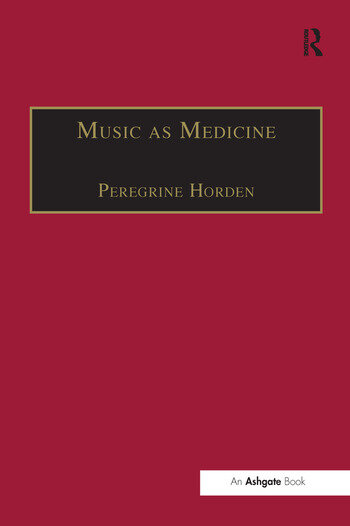 Music as Medicine: The History of Music Therapy Since Antiquity

Music, whether performed or heard, has been seen as therapeutic in the history of many cultures. How have its therapeutic properties been conceptualized and explained? Which cultures have used music therapy? What were their aims and techniques, and how much continuity is there between ancient, medieval and modern practice? These are the questions addressed by the essays in this volume. They focus on the place of music therapy in European intellectual, medical and musical traditions, from their classical roots to the development of the music therapy profession since the Second World War. Chapters covering the Judaic, Islamic, Indian and South-East Asian traditions add global, comparative perspectives. Music as Medicine is the first book to establish the whole shape of the history of music therapy in a systematic and scholarly way. It addresses the problem of defining what music therapy has meant in different cultures and periods, and sets the agenda for future research in the subject. It will appeal to a diverse readership of historians, musicologists, anthropologists, and practitioners.

Peregrine Horden is Professor of Medieval History at Royal Holloway, University of London.

‘This unique book is essential reading for everyone who acknowledges that music brings both solace and exhilaration, and that it has the power to make coherent sense of our wayward emotions’ -Anthony Storr, FRCP, FRCPsych, FRSL.

'Horden's contributions to the volume he has masterminded are of exceptional quality. Ingenuously devised, they comprise not just a general introduction and a monograph chapter, but also a series of analytical commentaries placed before each of the book's three sections. They are elegant and erudite, informative but also questing: a delight for any interested reader to absorb and ponder' -Social History of Medicine

'Many historical questions regarding the therapeutic power of music, its use in healing, its place in specific culture and others are addressed in this book in a systematic, scholarly and sceptical manner… this book is a valid contribution to the history of music therapy' - International Review of the Aesthetics and Sociology of Music

‘Horden has written a stimulating introduction to the whole book, as well as smaller introductions to all the historical sections, demonstrating not only the historical overview and detail, but also knowledge of the contemporary situation of music therapy’ - Nordic Journal of Music Therapy Vol 9(2), 2000.