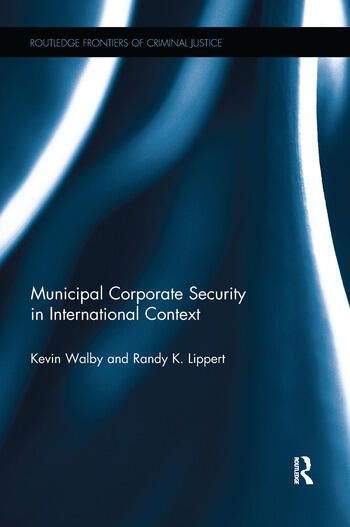 In this book, Walby and Lippert conceptualize various types of corporate security, including its public and private forms, and analyze a range of practices, such as asset protection and physical security provision. The authors explore a number of heretofore neglected themes, including use of legal knowledge, professionalization, legitimation work, and corporate security links with other security agencies and public police. The book provides empirical analyses of developments in several countries, but especially Canada and the US, where corporate security - including its entry into municipal government - is particularly advanced.

Because corporate security cuts across security, policing, law, and government, as well as issues of professionalization, public space and democracy, the readership for Municipal Corporate Security in International Context spans disciplinary and national boundaries. It is essential reading for academics and students engaged in studying security, urban governance, politics and legal regulation. It will be of great interest to corporate security professionals and government policymakers too.

Kevin Walby is Assistant Professor of Criminal Justice at the University of Winnipeg, Canada specializing in policing, security, and punishment. He is author of Touching Encounters: Sex, Work, and Male-for-Male Internet Escorting (2012, University of Chicago Press). He is co-editor of Emotions Matter: a Relational Approach to Emotions with Alan Hunt and D. Spencer (2012, University of Toronto Press) and Brokering Access: Power, Politics, and Freedom of Information Process in Canada with M. Larsen (2012, UBC Press). He is also co-editor with Randy K. Lippert of Policing Cities: Urban Securitization and Regulation (2013, Routledge) and Corporate Security in the 21st Century: Theory and Practice in International Perspective (2014, Palgrave).

Randy K. Lippert is Professor of Criminology at the University of Windsor, Canada specializing in security, policing and urban governance. He is co-editor of three other Routledge publications, Eyes Everywhere: the Global Growth of Camera Surveillance (2012), Sanctuary Practices in International Perspective (2013), and Policing Cities: Urban Securitization and Regulation (2013) as well as co-editor of Corporate Security in the 21st Century: Theory and Practice in International Perspective (Palgrave). He is also the author of Sanctuary, Sovereignty, Sacrifice: Canadian Sanctuary Incidents, Power and Law (2006, UBC Press) and numerous refereed articles. 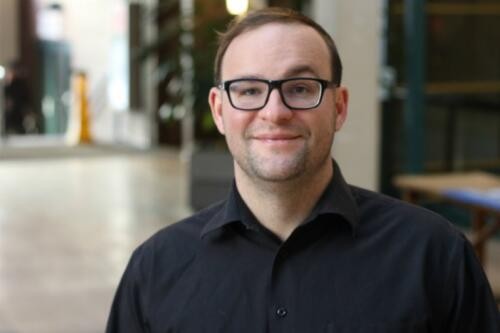 ‘Municipal Corporate Security in International Context is a true transdisciplinary book that shows the richness of crossing ethnographic description and political sociology. It complements Critical Security Studies very well and is a very informative book. The municipal examples throughout the text are like dots connecting an intellectual map, which directs us towards an understanding of the strength of this phenomenon. This is a great asset for a wide readership.’ - Didier Bigo, Professor, Department of War Studies, King's College London, UK

‘From City Hall to the skate park, the control systems that regulate urban municipal spaces, and those who work within or pass through them, operate under a creeping corporate security influence. Excavating the complex arrangements of this ‘municipal corporate security’, Walby and Lippert present pioneering research into the increasingly pervasive corporate security field. Empirically rigorous; theoretically progressive; eloquently expressed: this is a landmark study that brings timely critique to one of the most significant emerging security trends of the early 21st century. With far-reaching disciplinary relevance, it will interest all who are concerned with the future patterns of urban security governance.’ - Conor O'Reilly, Research Fellow in Transnational Policing and Security, Durham University, UK

‘Municipal Corporate Security in International Context is a highly important contribution to our knowledge about corporate security. The book is not only packed with well-researched empirical observations on the practices of corporate security, it also succeeds in setting up a theoretical framework that binds insights from sociology of policing, public management and surveillance studies. I am confident that this book will be picked up and used as inspiration for future studies on corporate security!’ - Karen Lund Petersen, Associate Professor and Director of the Centre for Advanced Security Theory, University of Copenhagen, Denmark

‘Up until now, corporate security has been largely neglected by researchers, with a focus upon the more visible contract security. This work starts to address this in-balance by offering one of the most significant contributions on corporate security in municipal government in North America. It is based upon extensive empirical research and offers some interesting new theoretical interpretations of some of the changes which have been taking place in municipal and corporate security.’ - Mark Button, Professor of Criminology, Institute of Criminal Justice Studies, University of Portsmouth, UK