Multiculturalism and Democracy in North Africa
Aftermath of the Arab Spring 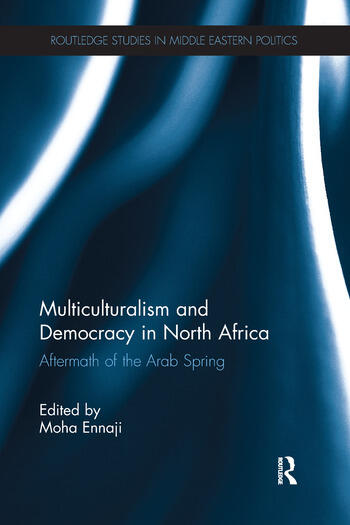 Multiculturalism and Democracy in North Africa: Aftermath of the Arab Spring

Investigating the connections between multiculturalism, minorities, citizenship, and democracy in North Africa, this book argues that multiculturalism in this region– and in the Arab world at large – has reached a significant level in terms of scale and importance.

In the rest of the world, there has been a trend – albeit a contested one – toward a greater recognition of minority rights. The Arab world however, particularly North Africa, seems to be an exception to this trend, as Arab states continue to promote highly unitary and homogenizing ideas of nationhood and state unity, whilst discouraging, or even forbidding, minority political mobilization. The central theoretical premise of this book is that North Africa is a multicultural region, where culture is inherently linked to politics, religion, gender, and society, and a place where democracy is gradually taking root despite many political and economic hurdles.

Addressing the lacuna in literature on this issue, this book opens new avenues of thought and research on diversity, linking policy based on cultural difference to democratic culture and to social justice. Multiculturalism and Democracy in North Africa will be of use to students and researchers with an interest in Sociology, Cultural Studies, and Political Science more broadly.

Moha Ennaji is a Fulbright Scholar and visiting professor at Rutgers University. He is Professor of Linguistics, Culture, and Gender Studies, author of Multilingualism, Cultural Identity and Education in Morocco (2005) and co-editor of Gender and Violence in the Middle East. (Routledge, 2011).