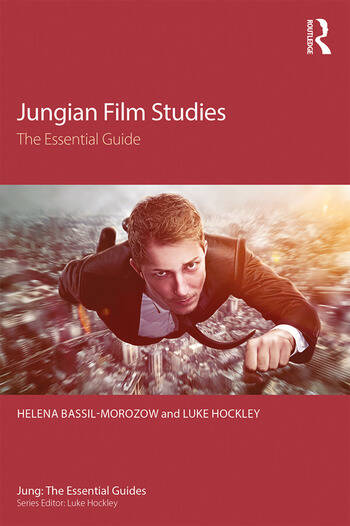 Jungian film studies is a fast-growing academic field, but Jungian and post-Jungian concepts are still new to many academics and film critics. Helena Bassil-Morozow and Luke Hockley present Jungian Film Studies: The Essential Guide, the first book to bring together all the different strands, issues and arguments in the discipline, and guide the reader through the various ways in which Jungian psychology can be applied to moving images.

Bassil-Morozow and Hockley cover a range of Jungian concepts including the collective unconscious, archetypes, the individuation process, alchemy, and signs and symbols, showing how they can be used to discuss the core cinematic issues such as narrative structure, gender, identity, genre, authorship, and phenomenology. The authors argue that, as a place where the unconscious and conscious meet, cinema offers the potential for imagery that is psychologically potent, meaningful, and that plays a role in our personal psychological development.

This much-needed book, which bridges the space between Jungian concepts and traditional film theory, will be essential reading for scholars and students of Analytical Psychology, psychoanalysis, Jungian film studies, media, film and cultural studies, psychosocial psychology and clinical psychology. It will also appeal to analytical psychologists, psychotherapists and readers with an interest in film analysis.

Helena Bassil-Morozow, PhD, is a cultural philosopher, media and film scholar, and academic writer whose many publications include Tim Burton: The Monster and the Crowd, The Trickster in Contemporary Film and The Trickster and the System: Identity and Agency in Contemporary Society (all Routledge).She is currently working on several other Routledge projects. She is a Lecturer in Media and Communication at Glasgow Caledonian University, UK. www.hbassilmorozow.com.

Luke Hockley, PhD, is Research Professor of Media Analysis at the University of Bedfordshire, UK. He is a practising psychotherapist and is registered with the United Kingdom Council for Psychotherapy (UKCP). Luke is joint Editor in Chief of the International Journal of Jungian Studies (IJJS) and a member of the Advisory Board for the journal Spring. His publications include Jung and Film 2, Somatic Cinema: The Relationship between Body and Screen – a Jungian Perspective and The Happiness Illusion: How the Media Sold Us a Fairy Tale (all Routledge). He lectures widely. www.lukehockley.com.