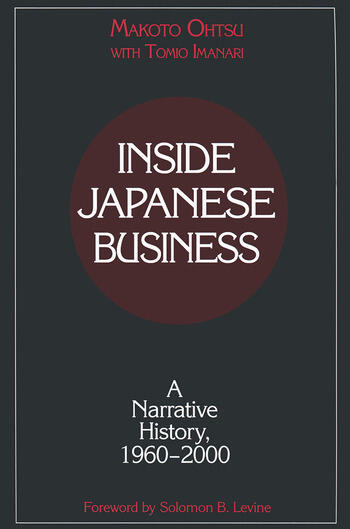 This book sheds new light on Japanese management and its social consequences. Since the collapse of the Japanese bubble economy, the once acclaimed Japanese-style management has been under serious criticism both inside and outside Japan, but this is not a new phenomenon: over the last 50 years, evaluation of Japan and Japanese management has fluctuated widely between extreme affirmation and extreme negation. This study is unique because it is a longitudinal analysis that covers 35 years it uses firsthand information from managers in major Japanese corporations; and by involving several of these managers in the research process the views of actual practitioners are made available.

During the Pacific War the Japanese government recruited hundreds of thousands of workers for military construction projects throughout the occupied territories. Mistreatment of workers was widespread, and the number of deaths arising from beatings, malnutrition, and disease was enormous, rivaling the holocaust of Europe. The victims were primarily unskilled laborers drawn from cities and rural areas across Asia. Most were men, but many women and children also found their way to the work sites, and perished there. Because most victims were illiterate, and the Japanese destroyed nearly all records relating to labor recruitment, the story of their experiences has not been previously told. In this book, an international group of specialists on the Occupation period examine Japan's wartime labor needs, and the recruitment and use of workers (whether forced, military, or otherwise) throughout the Japanese empire. Based on documents drawn from archives throughout Asia and in the United States and the United Kingdom, their accounts are careful reconstructions of events based on fragmentary materials. The first study to look at Japanese labor policies comparatively across all the occupied territories of Asia during the war years, the book provides a graphic context for examining Japanese colonialism, and relations between Japan and the territories occupied by its military forces.