In Defense of the American Public School 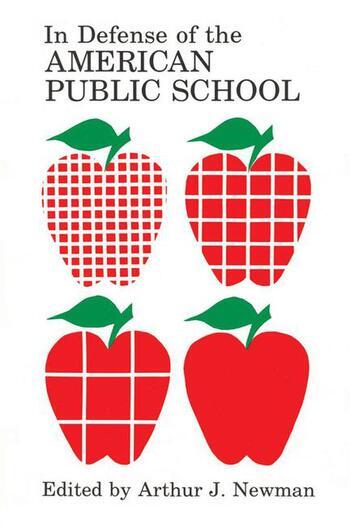 In Defense of the American Public School

The fifties saw schools as purveyors of international Communism; the sixties attacked the public educational system as racist, mindless, and irrelevant; and the Bicentennial era calls the schools down for their failure to teach students fundamental academic skills.

Professor Arthur Newman's book of readings reflects an idea clearly regarded as heretical in many circles—the idea that the American public school is not nearly so inadequate as many present-day critics insist. In order to aid the teacher-to-be, the educator, and the concerned citizen in evaluating the validity of such reproval, Newman has included a wide variety of material, both classic and recent, under the following heads:

*The Charge to the Public Schools

*The Schools' Record in Academic Achievement

*The Treatment of Minority Group Youngsters

*Are the Schools Inflexible?

*A Critique of the Critics

Anyone disturbed about the state of American public education will appreciate Newman's celebration of the myriad strengths of our schools and will esteem the intelligent and responsible perspective he sets forth to evaluate today's criticism of U.S. schools.