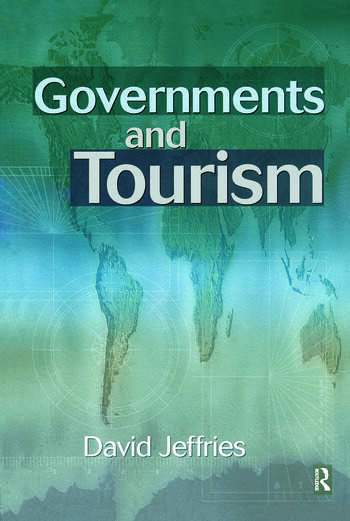 'Governments and Tourism' is a unique text that studies the general and specific tourism policies from central to local government. Through case studies from around the world, including the UK, USA and France, the role and function of Official Tourism Administrations (OTAs) are evaluated. Governments and Tourism is essential reading for busy practitioners,who wish to know:* How different countries and communities have coped with the opportunities and threats posed by tourism* How they plan to address future opportunities and thresats posed by tourism* What lessons can be applied elsewhere* What should be the complementary functions of the public and private sectors

Part one: General Scenario - Introduction; The case for the encouragement of tourism: pro-tourism lobbies; The case against tourism: doubters and skeptics (by Patrick Roper); Language and concepts; Language and concepts (continued); Part two: Policy Issues - History introduces the policy issues: the 1960s and the Development of Tourism Act 1969; History introduces the policy issues: main developments 1970-1992; The role of the state. Why should governments intervene? How should they intervene?; Interorganizational relationships, coordination, cooperation and hierarchy; The local dimension; Seasonal and spatial redistribution; NTAs and NTOs: programme planning, evaluation and measurement; Part three: Recent Trends in a Selection of Countries, Regions and Localities - The United States, France, the United Kingdom and the European Union at the turn of the century: an overview; The United States, France and the United Kingdom at the turn of the century: trends in policy and organization; Rocky Mountain International and Montana; South East England; Kent and the Région Transmanche; Part four: Conclusions - Conclusions and reflections.

'Governments and Tourism' is an important and readable reference for everyone interested in tourism.'Harold Naylor, Tourism - the journal of the Tourism Society, Summer 2001