Fallgirls
Gender and the Framing of Torture at Abu Ghraib 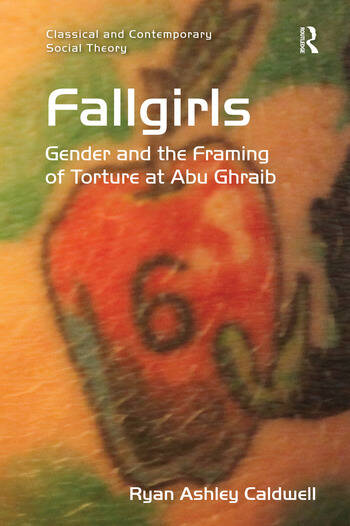 Fallgirls: Gender and the Framing of Torture at Abu Ghraib

Fallgirls provides an analysis of the abuses that took place at Abu Ghraib in terms of social theory, gender and power, based on first-hand participant-observations of the courts-martials of Lynndie England and Sabrina Harman. This book examines the trials themselves, including interactions with soldiers and defense teams, documents pertaining to the courts-martials, US government reports and photographs from Abu Ghraib, in order to challenge the view that the abuses were carried out at the hands of a few rogue soldiers. With a keen focus on gender and sexuality as prominent aspects of the abuses themselves, as well as the ways in which they were portrayed and tried, Fallgirls engages with modern feminist thought and contemporary social theory in order to analyse the manner in which the abuses were framed, whilst also exploring the various lived realities of Abu Ghraib by both prisoners and soldiers alike. Providing a unique perspective and a thorough theoretical examination of the events, their framing and depiction, this book will be of interest to sociologists, feminists, and social and political theorists concerned with cultural studies, political communication and gender and sexuality.

'... Caldwell’s book deserves a wide audience... The book highlights the pervasive misuse of gender by an overbearing, male-dominated institution and the social science research that validates it. Summing Up: Highly recommended. Most levels/libraries.' Choice 'I will never forget this book. The topic, is of course, frightful, horrific, and memorable. Yet unlike the many attorneys and journalists who have tracked down the Abu Ghraib story, Ryan Ashley Caldwell brings a unique perspective to these materials. Her lens is complex as she brings many perspectives to her topic - human rights and justice, ethics, politics. What is unique is her analysis of gendering and gender. Powerful. Unique. A remarkable contribution.' Judith Blau, University of North Carolina, Chapel Hill, USA 'Herein, a searing indictment of noxious assumptions, stereotypes, labels, all at work in the interest of a cover-up. Ryan Caldwell, rotating philosophical, sociological and political insights to the ghastly events at Abu Ghraib, makes it clear that we have been duped as to who is responsible. Will anyone listen?' John J. McDermott, Texas A&M University, USA 'Caldwell's position is clear from the start: she defines herself as a cultural theorist and feminist philosopher. She is also partisan: she was a researcher for the defence, ate meals with the defendants, attended the trials of Lynndie England and Harman, and spoke to numerous attorneys, relatives and friends. However, much of the evidence and arguments she presents are persuasive, and, in an effort to forestall any doubts, she reproduces lengthy transcripts of court testimonies and interviews. The result is a robust condemnation of the treatment of the "seven rotten apples" from a theoretical as well as a pragmatic perspective. Some of it makes disconcerting reading... Fallgirls is a provocative contribution to the debates about Abu Ghraib and US-led torture in the War on Terror... it opens up the debate to some new and exciting ide