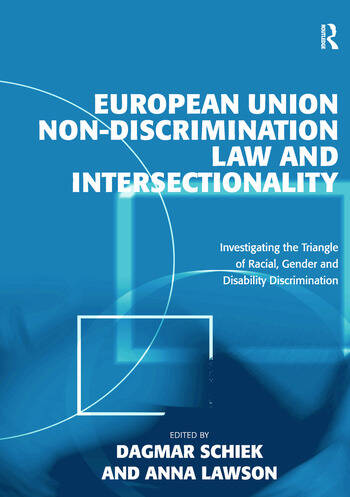 This book contributes to a critical reflection of current legislative and jurisprudential developments in Non-Discrimination Law, focusing on the European Union. The book is focused on intersectionality between gender, race and disability and the question of whether, and to what extent, this intersection can be adequately addressed in (EU) law. The discussion rests on two basic assumptions. First, the multiplication of 'discrimination grounds' in EU law and other legal regimes should not result in a dilution of the demands of equality law. Accordingly, the book focuses on the three key grounds - race, gender and disability. These constitute nodes around which other discrimination grounds can be grouped. Second, any multi-ground non-discrimination law framework needs to engage with the question of discrimination on several grounds. This book provides a critical evaluation of some of the problems presented by such intersectionality and an opportunity to explore the issues in depth. This collection offers some new proposals relating to the regrouping of identity categories and to the general approach to socio-legal research in the field. It also contains a comparative section, which expands on practical experiences with intersectionality and law, and a section dedicated to juridical responses to intersectionality. The book will be a valuable resource for researchers, academics and those working in the area of EU non-discrimination law and policy.

'This book offers an original and valuable contribution to the study of intersectionality. It successfully blends theoretical critique with comparative study of a rich variety of European legal systems. By focusing on "race", gender and disability, the authors crystallise specific manifestations of intersectionality.' Mark Bell, University of Leicester, UK