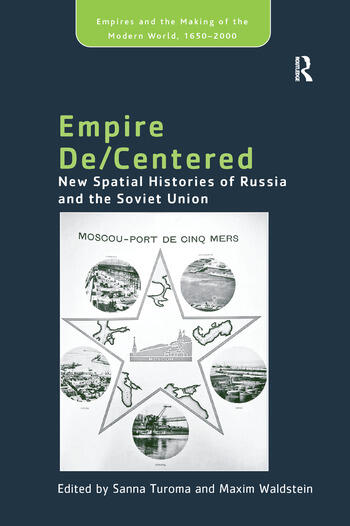 In 1991 the Soviet empire collapsed, at a stroke throwing the certainties of the Cold War world into flux. Yet despite the dramatic end of this 'last empire', the idea of empire is still alive and well, its language and concepts feeding into public debate and academic research. Bringing together a multidisciplinary and international group of authors to study Soviet society and culture through the categories empire and space, this collection demonstrates the enduring legacy of empire with regard to Russia, whose history has been marked by a particularly close and ambiguous relationship between nation and empire building, and between national and imperial identities. Parallel with this discussion of empire, the volume also highlights the centrality of geographical space and spatial imaginings in Russian and Soviet intellectual traditions and social practices; underlining how Russia's vast geographical dimensions have profoundly informed Russia's state and nation building, both in practice and concept. Combining concepts of space and empire, the collection offers a reconsideration of Soviet imperial legacy by studying its cultural and societal underpinnings from previously unexplored perspectives. In so doing it provides a reconceptualization of the theoretical and methodological foundations of contemporary imperial and spatial studies, through the example of the experience provided by Soviet society and culture.

'This is a useful collection of informative and insightful essays that adds to a growing literature on questions of space and empire. The topic is well conceived, and the editors effectively convey its significance in a clear and often provocative manner in their introduction. Specialists will find much of value here, though, given the specificity of the essays, scholars outside Russian and Soviet studies will be rather less likely to explore its contents.' Europe-Asia Studies '... Empire De/Centered is a highly informative volume, which makes a substantial contribution to our understanding of how the Russian and Soviet self has been discursively constructed, challenging a common misperception that in the Moscow-dominated political space, imagined communities could only be defined as either an empire or a nation.' Slavic Review ’A highly engaging collection, Empire De/Centered covers a wide variety of subjects in disciplines ranging from political economy to visual arts. The themes of geographical space, imperial narrative, and national identity hold these diverse essays firmly together. ... this volume will be a valuable and enjoyable read for Slavists as well as for scholars of empire in general.’ Journal of Historical Geography ’The editors of and contributors to this volume are to be congratulated on producing an excellent book...the contributors provide many insights into Russian history and successfully demonstrate how, with its particular spatial configuration, the Russian imperial experience challenges received wisdom concerning modern empires with their metropolises (the ’mother country’) and overseas colonies, and also concerning the concepts of ’nation’ and ’empire’ themselves.’ SEER