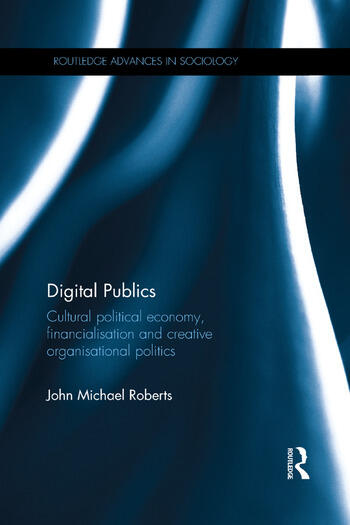 Today we often hear academics, commentators, pundits, and politicians telling us that new media has transformed activism, providing an array of networks for ordinary people to become creatively involved in a multitude of social and political practices.

But what exactly is the ideology lurking behind these positive claims made about digital publics?

By recourse to various critical thinkers, including Marx, Bakhtin, Deleuze and Guattari, and Gramsci, Digital Publics systematically unpacks this ideology. It explains how a number of influential social theorists and management gurus have consistently argued that we now live in new informational times based in global digital systems and new financial networks, which create new sbjectivities and power relations in societies.

Digital Publics traces the historical roots of this thinking, demonstrates its flaws and offers up an alternative Marxist-inspired theory of the public sphere, cultural political economy and financialisation.

The book will appeal to scholars and students of cultural studies, critical management studies, political science and sociology.

John Michael Roberts is Senior Lecturer in Sociology and Communications at Brunel University. He has taught the sociology of new media at undergraduate and postgraduate levels at Brunel for ten years. His publications include New Media and Public Activism: Neoliberalism, the State and Radical Protest in the Public Sphere (Policy Press, 2014), The Competent Public Sphere: Global Political Economy, Dialogue, and the Contemporary Workplace (Palgrave, 2009) and The Aesthetics of Free Speech: Rethinking the Public Sphere (Palgrave, 2003). His research interests include cultural and social theory, new media activism, the public sphere, free speech, state theory and global political economy.