Demography of the Dobe! Kung 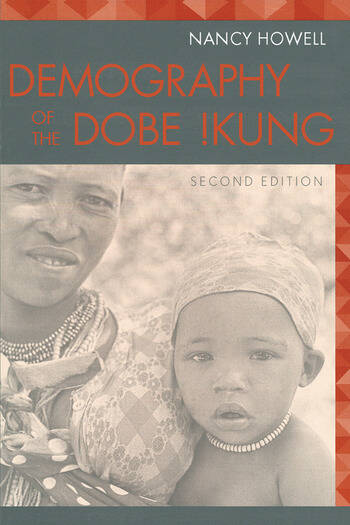 Demography of the Dobe! Kung

First published in 1979, this is a classic study of the population of the Bushmen of the Kalahari Deselt of Botswana. Using methods that are simple and fully illustrated, the author presents empirical descriptions of the fertility, mortality, and marriage patterns of the now famous !Kung hunter-gatherers.

The !King "Bushman" people of the Kalahari desert in Africa occupy an anomalous position in the world of science. They have been selected for intensive study precisely because they are geographically, socially, and economically removed from modern, industrialized society, living in a sparsely settled and remote portion of an enormous semidesert. The !Kung maintain the language and culture of a fully develop hunting and gathering society with (until very recently) no dependence on cultivated plants, no domesticated animals other than the dog, no stratification system based on kinship or occupation, no power or authority structure extending further than the local bands composed of a few related families, no wage labor, no use of money, and no settled sites of occupation.

At the same time, the !Kung have become well-known figures to students—both undergraduate and professional—of Western social science. The faces of !Kung informants gaze from the covers and the illustrations of many texts in anthropology and sociology.

Why has all this attention been developed around the !Kung people? Part of the answer lies in the people themselves. The !Kung are a physically attractive people, with slender, graceful bodies and open small-featured faces that are appealing and photogenic. Their culture is simple and has its striking features. The struggle for subsistence, the click language, the emphasis on sharing and humility, the drama of the curing dances in which individuals go into trance and speak directly to spirits to cure sickness, and the pervasive humor, teasing, and playfulness of the !Kung style are all features that are relatively easy to convey and interesting to l earn about.

This work covers areas such as marriage, fertility, disease, mortality, history, and the projected future of the !Kung. This book will be of interest to students of demographic studies, anthropology, and African studies.