Deconstructing Sexuality in the Middle East
Challenges and Discourses 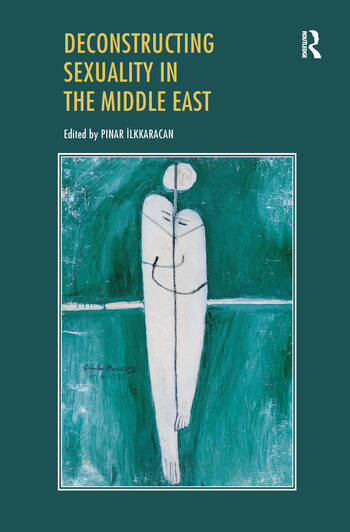 Deconstructing Sexuality in the Middle East: Challenges and Discourses

Exploring the contemporary dynamics of sexuality in the Middle East, this volume offers an in-depth and unique insight into this much contested and debated issue. It focuses on the role of sexuality in political and social struggles and the politicization of sexuality and gender in the region. Contributors illustrate the complexity of discourses, debates and issues, focusing in particular on the situation in Iran, Iraq, Jordan, Lebanon, Pakistan, Palestine and Turkey, and explain how they cannot be reduced to a single underlying factor such as religion, or a simple binary opposition between the religious right and feminists. Contributors include renowned academicians, researchers, psychologists, historians, human rights and women's rights advocates and political scientists, from different countries and backgrounds, offering a balanced and contemporary perspective on this important issue, as well as highlighting the implication of these debates in larger socio-political contexts.

Pinar Ilkkaracan is an Adjunct Professor at Bosphorus University, Turkey.

'Showing how sexual and bodily rights continue to be a site of political contestation across the Middle East, this scholarly and lucid volume decenters religion and recenters discourses of sexuality and gender in struggles to define the nation. By uncovering wide variations in personal status laws, cultural practices, regulatory policies and movements of resistance, it challenges external stereotypes of Muslim societies while maintaining a critical perspective from within. Courageous and groundbreaking.' Rosalind P. Petchesky, City University of New York, USA 'This book brings together an exciting collection of reflections on the contested politics of sexuality and gender in the Middle East. Its impressive breadth and range of contributions convey the contradictions and complexities of sexual politics in this region. It will be of enormous interest to academics and activists alike.' Andrea Cornwall, University of Sussex, UK 'Overall, this book provides rich theoretical discussions and empirical evidence. It deserves to be read by scholars of sexualities, scholars of the Middle East, scholars of gender and scholars of politics.' International Feminist Journal of Politics