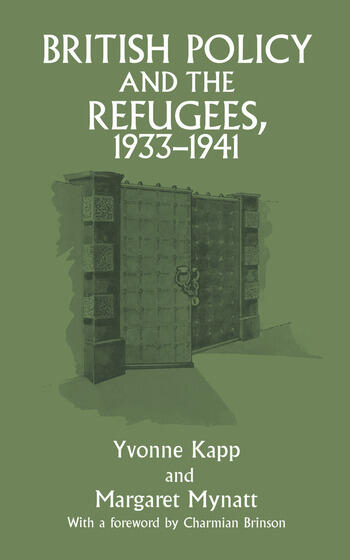 In the summer of 1940, with much of Europe under German domination, British authorities instigated a harsh programme of internment or deportation of those who had fled Nazi oppression. This volume, written the same year, is a critique of government policies of the day.

"An important addition to the literature on refugees."

"It provides a uniquely close-up view of what took place, but was, through the ensuing years, rejected by one publisher after another. Now at last it has appeared. Better late than never."

"A contemporary, inside and expert analysis of the treatment of and attitude to "political" and "racial" refugees in Britiain at the start of the war. It makes a valuable contribution both to the history of refugee policy at the time, as well as to an understanding of the overall development (or lack of development) of British attitudes over time to refugees, foreigners and Jews. These pages, written more than fifty years ago, bear witness to how little policy and rhetoric have changed in the intervening time, in a way no modern writer could hope to.