Aspects of the Mind of Byzantium
Political Theory, Theology, and Ecclesiastical Relations with the See of Rome 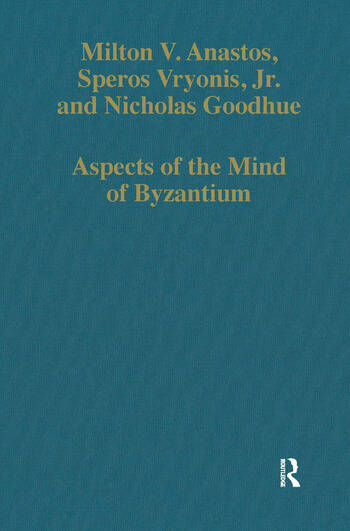 Aspects of the Mind of Byzantium: Political Theory, Theology, and Ecclesiastical Relations with the See of Rome

This volume of studies by the late Milton Anastos contains his major articles published after his previous collection appeared, along with the first publication of a portion of ’The Mind of Byzantium’, Anastos’s projected multi-volume survey of Byzantine intellectual history. These essays deal with the theoretical foundations of Byzantine imperial autocracy, with the formulation of Byzantine theology, and with the often contentious relations between the Churches of Constantinople and Rome. The Byzantine concept of imperial absolutism is shown to have been derived from ancient Greek philosophy and to have persisted unchanged throughout Byzantine history. Other articles focus on the theology of Basil of Caesarea, which is found to be inconsistent with orthodox doctrine in important respects. Last, the relations between the Roman Church and the Eastern Orthodox Church in the Byzantine period are surveyed, with emphasis on the theological and ecclesiological controversies that divided them.

Contents: Introduction, Speros Vryonis, Jr.; Byzantine political theory: its classical precedents and legal embodiment; Basil's Kata Eunomiou: a critical analysis; CI. 1.14.4 and the emperors' exemption from the laws; The Emperor Justin I's role in the restoration of Chalcedonian doctrine, 518-519; Basil's lapses into Arianism and how Athanasius had avoided them; The papal legates at the Council of 861 and their compliance with the wishes of the Emperor Michael III; The coronation of Emperor Michael IV in 1034 by Empress Zoe and its significance; Constantinople and Rome: a survey of the relations between the Byzantine and the Roman Churches; Index.